First Seedling of the Year!

The Gartenperle Tomato in the heated propogator is the first seedling of the year to raise it’s head above the soil, woohoo!

Went to see Mika at the Brixton Academy last night.  One word.  Wow.

He was bloody brilliant, but I stupidly wore boots with a heel and me feet are knacking me with all the dancing on a slope!

The first of the new year and the new pond! 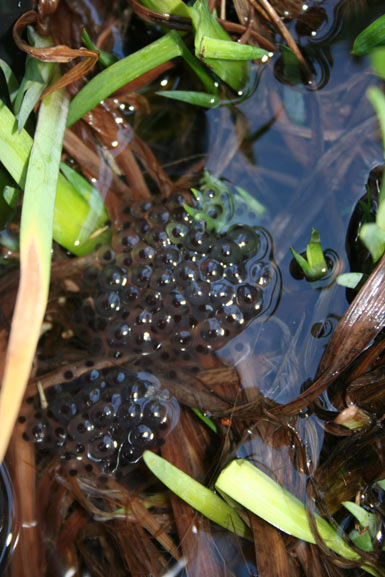 Weekend in the Garden

It feels like spring has sprung in the garden this weekend.

Now that the new pond is filling up and contains all the fish and frogs from the old pond, we dug out the old pond and finally have our veg garden at home! Woohooo!

We’ve sown parsnips in the ground, planted some raspberries, sown peas (Feltham First and Meteor), sweet peas and some broad beans in the greenhouse, and a first sowing of chillies (Peter Pepper *) and first tomatoes (Gartenperle, a tumbling variety good for hanging baskets) in our heated propogator on the kitchen windowsill.

We also finally got the rhubarb in their new position next to the pond and covered them in manure. Hopefully we’ll have a few shoots to eat by next weekend.

* Peter Pepper chillies are supposed to look like willies, and you can see a slight resemblance to a very strange willy in some of them, but most are just fairly gnarly chillies, quite tasty though, so we’re sowing them again this year.

The veg garden is well under way, about 3 quarters built.  Onions and garlic went in at the end of last year and are about 4″ high now.

We can’t finish the rest of the raised bed until the old pond has been dug out and dismantled though, and we can’t do that until the new one is ready (it’s filling up with rainwater as we speak, not that it’s raining or anything, looks quite nice and crisp out there, we’ve got a hose now going into it from the water butt

Last summer, we went to stay on Mullacott Farm in North Devon for a week, camping. While there we made a comment to Alison, who’s place it is, that we’d love to have all this, and she asked us about our plan. Well, we didn’t have a plan, it was just a shared dream.

Alison said that we needed a plan, and she was right. A dream is a dream until you make a plan, then it becomes a possibility. This was about half way through the week. By the end of the week, we were both really revved up about the future, we had a plan.

In fact, we were so revved up that we ended up leaving a day early to start work on it!

We worked out what our final plan was, then broke this down into realistic goals to be achieved in a certain time.

Turn our garden into a productive, and nice, garden, which included:

By 2012, we will live in a house with a garden where we can grow all our own veg, and keep bees and chickens.

Blimey, in 2022, in just 15 years time, Paul and I will both be in our mid-40’s. We’d like, by then, to have a smallholding of some kind. This smallholding varies from time to time, and we often chat about where it will be, but I reckon that’ll become apparent rearer the time

I’ve started a few other blogs elsewhere, but I’m hoping I can try and keep up with this one.

I’d like, at the least, to be able to keep up-to-date with what’s happening in our garden.

We took on an allotment 2 years ago, and have decided to give it up this year, as we want to turn our back garden into our veggie-haven instead.  It’s not a very big garden, but we should be able to produce enough for the two of us.  We’ll miss the sacks of spuds and all those onions, but hopefully we’ll be able to spend more time enjoying it, just outside our back door.

Sad, but we think it’ll be for the best.

So, there’s the plan, more to follow with where we are and what we’ve been doing, maybe even a picture or two