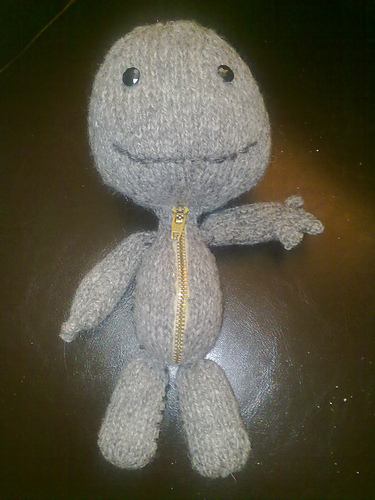 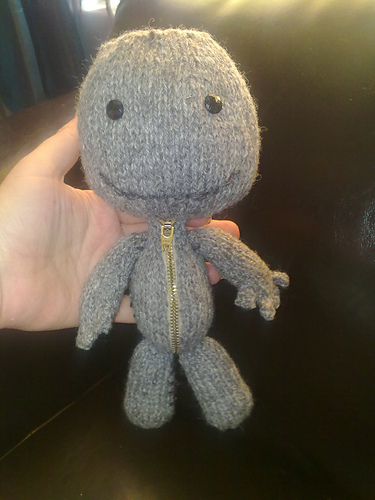 Since the last post in October I have become a bit of a knitting addict.  So far I have knitted in the region of 20 completed items, including several cuddly toys and I’m now knitting a poncho for myself for the upcoming festival season (if I get it finished in time). 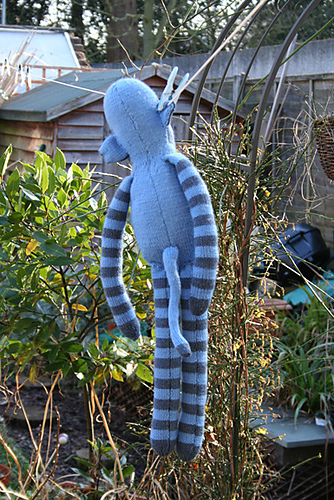 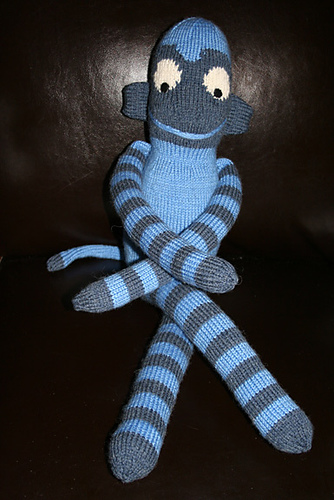 Mike had a penguin, Alfie a cheeky monkey (that was as tall as him), Zach a bunny and a mushroom rattle, I’ve also knitted a lamb egg cosy (tres cute), several scarves and hats and now have a pair of socks for Paul under my belt!  Yep, knitting in the round has been accomplished, woop woop! 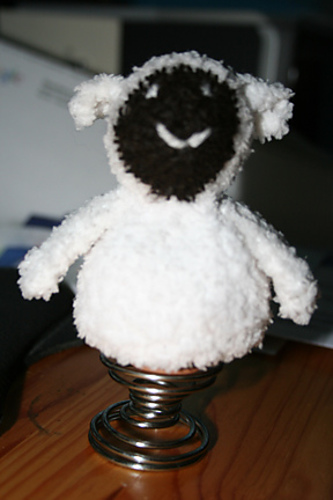 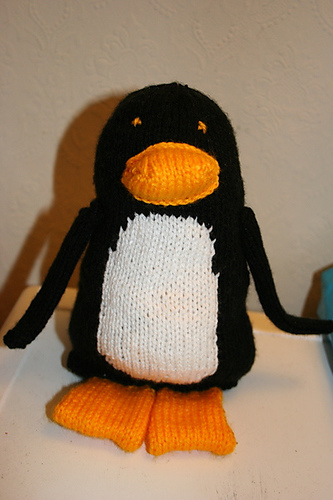 I learnt to knit when I was wee, and even managed to knit a cardigan for my niece when she was born, mint green and white stripes it was.  To be fair, I started knitting said cardigan when her big sister was due, but didn’t get it finished in time

Anyway, when our friends had a baby recently, baby was in the most scrumptious strawberry hat, a bit like the one on the right (even cuter on a newborn baby girl).

So, I decided that enough was enough, I’d been tinkling with the knitting needles a bit over the last few months, but I was so slow that I wouldn’t get very far, just give up, so I had to sit down and persevere.  So I did, and I’m now knitting!

Here’s what I’ve made so far: 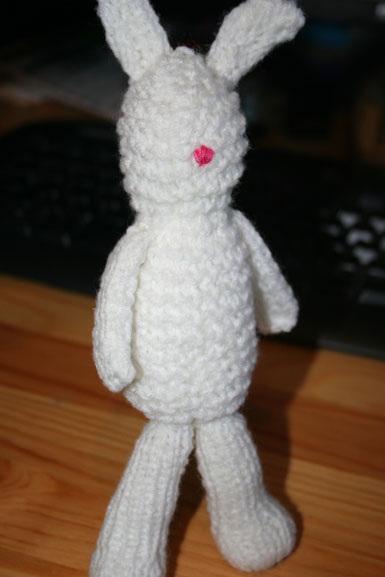 Knitted bunny for Baby Sears (naked, blind and dumb at this stage) 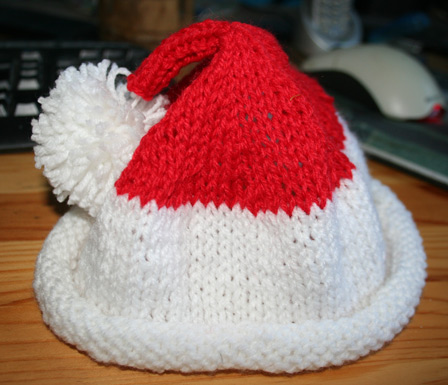 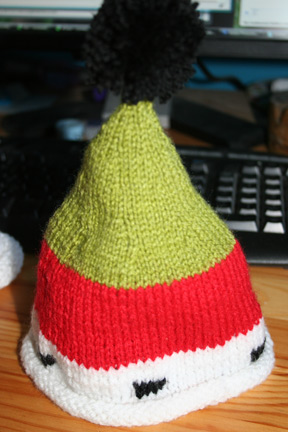 Knitted silly Christmas hat for Baby Sears (not yet born!)

And now I’m knitting a jumper in time for the arrival of Baby Sears next month, using the Debbie Bliss boat neck jumper pattern from Baby Knits for Beginners (I’d highly recommend that book for new knitters) .  So far I’ve done the front and one sleeve, and started on the back, so more than half way through.